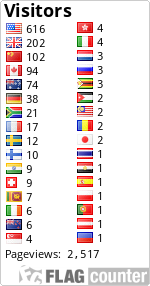 It was a “weird” year this year, Christmas wise… On Christmas Eve, we attended services where we lit the Advent candle. Afterwards, we came home and hit the hay early. A week of very long -mandatory overtime – days left us exhausted. Leahmae, however, had no qualms in making sure we were up at 0600 Christmas morning. She pawed and kneaded, and nuzzled her way between us, sniffed eyeballs, nostrils, and ears until we finally had to respond to her. The little imp. We got her a new bed and a special toy (just like the one she’s worn out), and wouldn’t ya know, she’s had more fun with the paper.

So, Leahmae fed, watered, and cuddled it was time to do the giftings. It was a meager year, what with all that’s happened with paycuts and car issues. So, we each got a sweatshirt. Hubby got replacement jeans for his delapidated ones.

Being dutiful, we called inlaws to wish them a merry Christmas. It was obvious that MIL was drunk. We rolled our eyes. What did we expect??? Family was there with them and they were having a gay old time (We were not invited). Then, to add injury to the insult, MIL in no uncertain terms told us that they didn’t have a phone and not to try to call back. HUH??? You’re talking to us on the phone, so how??? Anyway, after hanging up, Hubby says “Well, that’s that… we aren’t part of the fam anymore. I won’t be calling back.” Friends, you should have seen the raw pain in his eyes. It broke my heart. I wanted to weep for him. We hugged and he said “It’s just you and mean against the world… again. Thank God we have a church family that cares and loves us.”

As usual, I didn’t get my Christmas until the 26th, when Hubby said let’s go tot he art store… how could I refuse, eh????So, off to the store we went… I drooled and drooled over the Utrecht “Urban Sketching” kit. At $49.50, though, I just couldn’t justify the expense. Seriously couldn’t. So, I read the can’s contents… Hmm, I have more than enough pencils -Check, I have watercolor pencils & pen – check, I have charcoal pencils, vines – check. I thought I had the Sepia and Sanguine charcoal pencils…wasn’t sure. Oh, and the white paint pen – definitely not. So, I picked up 4 pencils. Didn’t have the paint pens. Got a replacement for my #8 Micronta…. Less than $15. A done deal. Then, we slowly made our way down to the lower level (My wrenched knee is getting better, but steps are still difficult) where Half-Price Books is. Let me just say, I love HPB (Half Price Books)! I can always find “something there. And so, I did. I found a copy of Danny Gregory’s “An Illustrated Life” that I had heard about in the Sketchbook Skool’s YT videos. It was on clearance, so a mere $3. Wow! I snatched that bad boy up, lickety split.

And so, that was Christmas in our little bend in the river. Sigh…